I divide my experience report into the following parts: life in Berkeley, University of UC Berkeley and the course Financial Derivatives

The city of Berkeley is located on the west coast of America, more precisely in the San Francisco Bay Area. The adjacent Oakland and the very attractive city of San Francisco, with the Golden Gate Bridge, are not far from Berkeley and can be reached in a very short time with the BART, the metro from the Bay Area.

Housing in Berkeley is generally not cheap. For less than 600 dollars a month, it is very difficult to find a good place to stay near the university. The International House is a very expensive option. However, the dormitory offers the opportunity to get to know other international students very quickly. Three meals a day are included in the price. Personally, I preferred a cheaper option and lived in a shared apartment about ten minutes’ walk from the campus. However, looking for suitable accommodation was very tedious and took a lot of time.

The main reason why I chose UC Berkeley and not another university such as Montclair State University, one of the partner universities of KF University, is because of the extremely good reputation of the university. UC Berkeley is (in contrast to Harvard, Stanford, Yale etc. a state and not a private university) can always be found in advance in the worldwide university rankings. I took my course at the Haas School of Business, one of 14 schools or colleges at UC Berkeley.

The campus is east of Berkeley and is very beautiful, well-kept and natural with a park. In general, everything is huge, not comparable to Austrian universities. As already mentioned, the gym, two sports stadiums (California Memorial Stadium: UC Berkeley football stadium with a capacity of over 63,000 seats) and many other sports fields with swimming pools are located directly on the university grounds. Lots of libraries and green spaces for lying in the sun are on campus and are used for recreation.

The Haas School of Business was built in a very noble way, the rooms equipped very modern. The building complex also offers its own library plus other areas where you can study in peace, and a cafeteria with relatively good food, which can be enjoyed in the inner courtyard when the sun is shining. All in all, the university is very well maintained and offers pretty much everything a student could want.

I chose the Financial Derivatives course because I am studying business administration in Graz and specializing in finance. There are of course many other alternatives and options for students of other fields of study and specializations. The reason why I only chose one course is that a course at UC Berkeley is generally expensive and, on the other hand, that a course is included is associated with a considerable expenditure of time. Furthermore, I did not have to apply for a student visa for a course (amounting to four credits), which would be associated with additional costs. All that was needed was the ESTA tourist visa. Other courses in finance included investment and behavioral finance (recommended as a prerequisite for financial derivatives). My course took place three times a week for three hours each with a break of 20 minutes. For the additional learning effort, I would include at least double that, depending on which grade you are aiming for. My lecturer was Prof. Magin, a man of Russian origin who has lived and taught in America for many years. He was immediately happy when someone was interested in the topic and attended his office hours after the course. As an Austrian you could talk to him very well and he often asked how situations in our country were to be assessed. I would describe the course as quite difficult, although it can be achieved with a good grade and requires a lot of learning. The grading consisted only of the two midterms and the final exam, one third of which was included in the grade. For a positive grade, 60 percent had to be achieved. I was one of two Europeans, otherwise there were only Asians and American students of Asian origin in my course. As mentioned in the syllabus in advance, the Matlab program was not carried out. Around the first half of the course we derived the Black-Scholes formula (a formula for option valuation), which we later derived in all possible variants. In the last third, scientific articles were read and worked through, which were also written by Prof. Magin. I personally liked the course. I hadn’t imagined it to be very mathematical, but it was something special for me, as you don’t delve so deeply into the subject of option valuation in any course at KF University.

So courses at UC Berkeley are highly recommended, not only because of the university’s reputation, but also because of the general location of the city. After my course, I went on a road trip along the west coast and saw many beautiful national parks and cities, from Los Angeles all the way up to Vancouver, Canada. 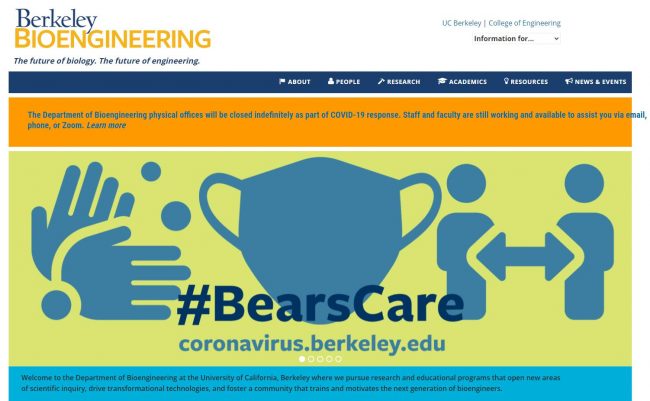